2. Adam gains a pretty impressive title. No, we did not write this ourselves. Hopefully this world is big enough for two oyster kings.

3. More about the above: Seattle's Bastille Restaurant (in Ballard) is featuring Hama Hamas in their new Monday- Wednesday oyster happy hour. The newly-crowned Oyster King and other friends will be shucking and yapping at the Bastille on Wednesday, February 1st.

4. Lastly: our aquarium has officially come back from the dead. The poor little tank was sadly neglected over the summer and actually filled up with worms. The worms were sneaky: they hid in the sand most of the time and but would occasionally all come slithering up the walls of the tank. Long and skinny, they ate every other living thing in the tank except for a few hardy shore crab. Writhing mass of skinny worms eating gunnels alive = not what we had in mind when we set up the tank. This is gross and disturbing enough in writing, hence the lack of photo documentation, but here are some pictures of marine worms out in the wild. The situational low point was when a little boy came bounding into the store proclaiming that he wanted to see the eels... and all we had was a tankful of worms. Some really good friends tried to console us for our bad tank management by saying that it was an object lesson in how important it is to take care of the oceans.... but everyone involved in that conversation knew it was malarkey. Big thanks to Kara and Mike for dumping the worms somewhere far, far away from the Canal. The tank has achieved a humbler shade of its former glory, and we're in love with it once again. Crystal clear, it's now a second home to a couple of cutie-pie hermit crabs that we rescued from the retail display tanks. 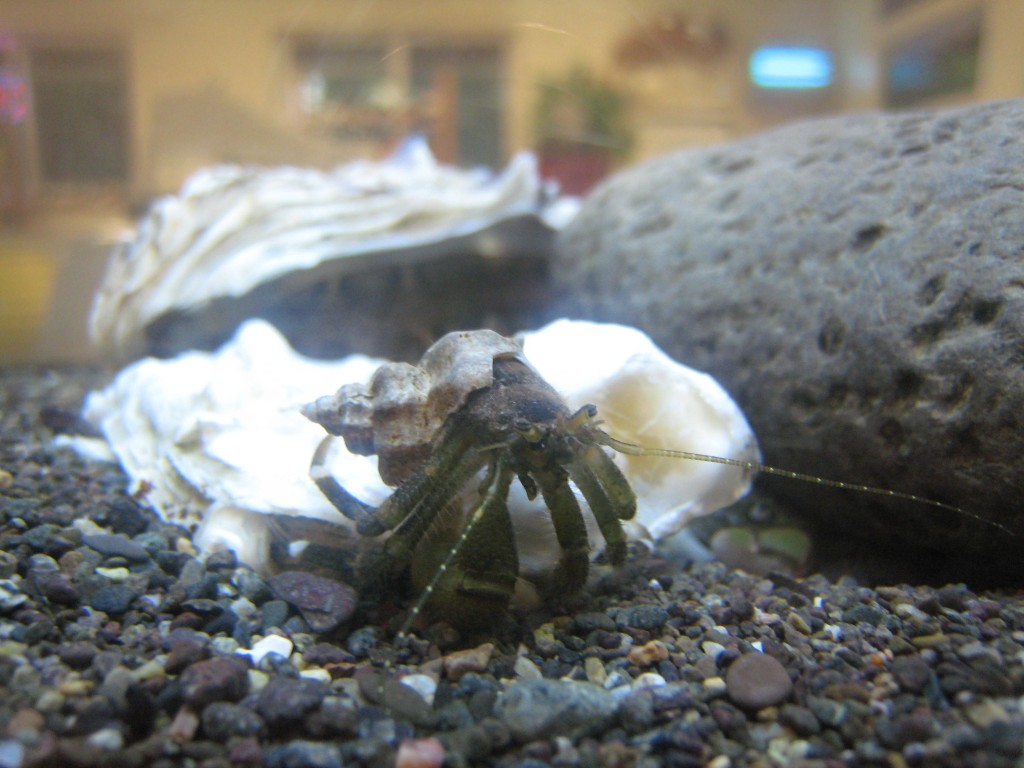