During last week's geoduck dig Nathan found this horse mussel sticking straight up out of the sand.

There are a lot of horse mussels on the beach, but because they live out deep you only see them on really low tides. They're much bigger than the ubiquitous blue mussels: this one was about 5 inches long and they can grow as large as 9 inches long. Like other species of mussel, the horse mussel attaches itself to firm substrates using byssal threads. A horse mussel's periostracum (or thin, outer layer) is covered with long, soft bristles. We have no idea what purpose this serves. 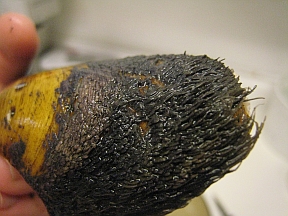 The inside of a horse mussel is as red as a blood oyster. 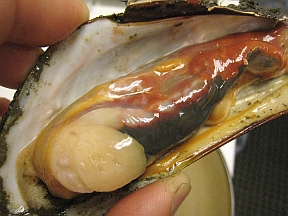 We found several sites that claimed horse mussels are eaten in Europe, but they're not on the menu in Lilliwaup anytime soon. 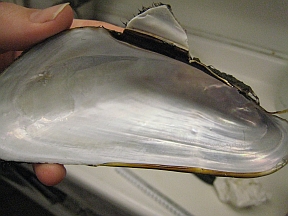 The interior of the mussel's shell is very iridescent compared to other Hood Canal bivalves, which tend to be plain janes. 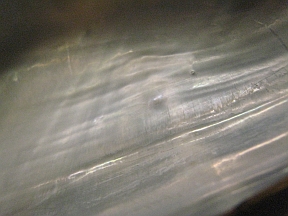