The other day a customer called from Tacoma and asked if we were the little seafood shack along highway 101. She was disappointed to learn that we'd moved into a newer, bigger building. And a year ago we were worried about the move, too. What if we lost all our charm??? But as soon as we emptied our old store of equipment and took a good, hard look at the building any qualms about moving to a new one evaporated. Granted, we did end up moving on the most miserable day of the year: 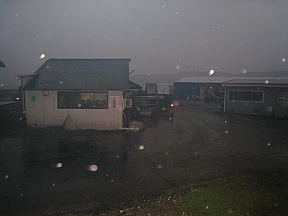 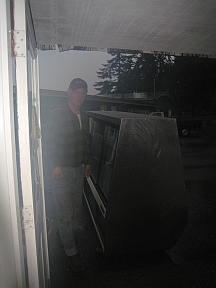 That's foggy Dan, looking psyched to be moving the gigantic fish deli. We certainly won't miss the inside of the old store at all....

...especially since Nathan and Miguel salvaged everything useful (like fluorescent lights and electrical hardware) 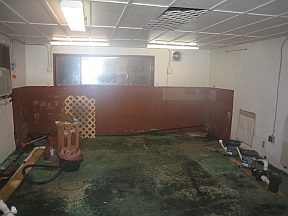 ... but we admit that the outside had a certain je ne sais quoi: 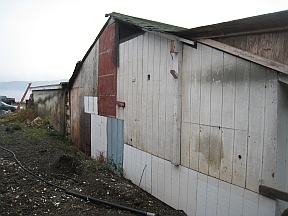