As it turns out, human inhabitants of the tideflats are shyer than barnacles in a shadow whenever a camera comes around. We did some camera habituation this past Friday, when the shucking plant employees were held captive by the intriguing tastes of Olympic Mountain Ice Cream. Debate continues as to which is OM's best flavor; our short list includes huckleberry cheesecake, toasted coconut, Kentucky mud pie and Jack Daniel's fudge praline. (Their chocolate flavor recently made this guy's top ten list). 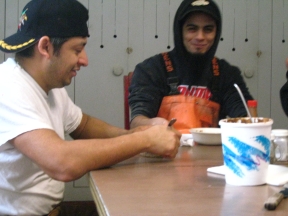 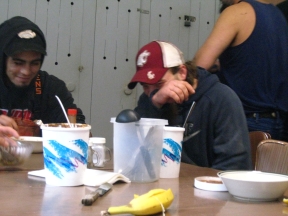 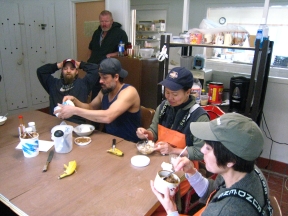