According to the Principia Cybernetica Project's definition of happiness,

Yet another reason to associate clams with happiness: clams, unlike oysters, can move when they're feeling crowded, bored, threatened by a moon snail, or fed-up with their neighbors. They use their foot: 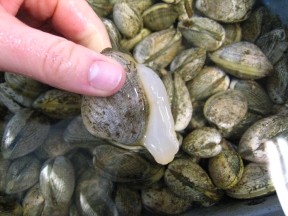 to drag themselves across the tideflats and to dig a new hole. As you walk across the beach you can see little trails in the sand where a clam labored its way across the flats: 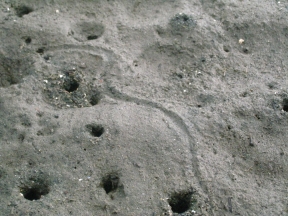 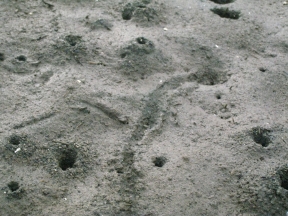 The holes in the sand are all siphon holes for various species of clam. Maybe this summer we'll race a butter clam against a moon snail, and see which one is faster. But given the carnage shown in yesterday's post, our bet's on the snail. Oysters, completely immobile as adults, mainly live crowded together in massive clusters. Of course, there wouldn't be much point in an oyster believing in its ability to control its situation, because clearly it is truly a toy of fate. 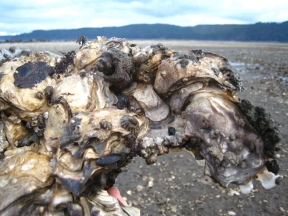