Nearly 60 kids participated in the fishing derby last weekend. They had lots of fun and made lots of mischief, but unfortunately, between them they only caught 30 fish. Here are some of the lucky fisherkids: 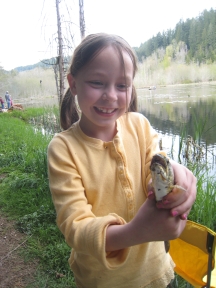 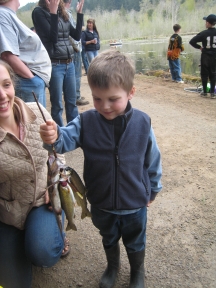 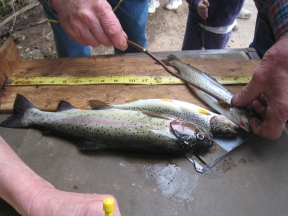 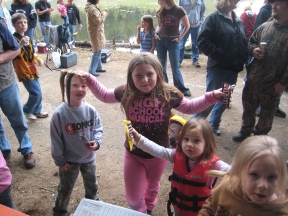 If you didn't catch any fish, then hold up your M&M's! 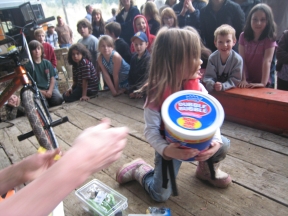 Clearly that's too much gum for a 4 year old to eat all by herself, which is why her brother, in the background, has a gum-eating grin on his face. 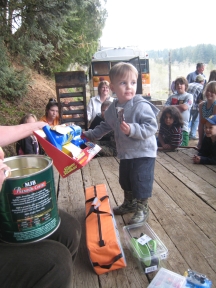 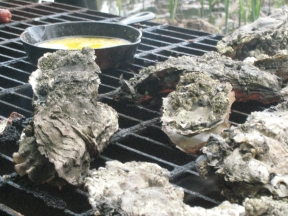 As at any proper Hood Canal function, there were plenty of oysters to barbecue. 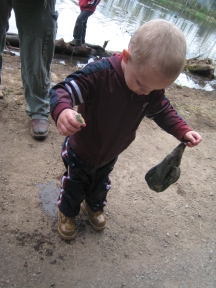 And only one kid fell in the pond!