The oyster is taking over the world! Read below to learn more about the brash bivalve's cultural conquests (and our attempts to explain them).

1. Oyster Magazine (Australia). Oysters have a reputation for being sexy and they definitely have cutting-edge qualities. They've also moved beyond gender: they start out male but switch sexes several times during their lives. But as for their hip fashion sense???? Although occasionally an oyster will doll itself up with accessories such as drill snail egg carcasses and seaweed, the jury's still out on whether this qualifies as high-fashion.

2. Oyster Card (London) This one was a little harder to figure out: why name a card designed to help people move faster through a public transportation system after an animal that is completely immobile??? It made more sense when we learned that London's oyster card system occasionally fails, stranding people like you-know-whats on a beach, and that some Dutch people even managed to shuck the card's security system. 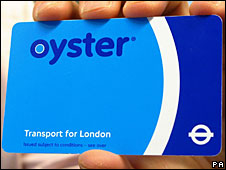 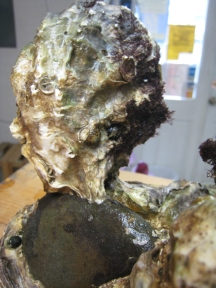 4. Nonprofit Oyster (United States). These folks are doing good work, but we generally try to avoid this kind of oyster.

5. Oyster Design (Worldwide). We found three different companies, including packaging-design firms and interior decorators, who call themselves "Oyster Design"... and that's not even counting the interactive design firm "Electric Oyster." (Not to be confused with this Electric Oyster). umm... the oyster is our muse, too.

6. Oyster Awards. Oyster awards go to companies who employ ridiculously hard-to-open packaging. We've all been there-- both with real, live oysters and cell-phone charger cases. This is a brilliant (and apt) use of the oyster.

7. Oyster pet clothes. This is an "oyster" t-shirt for dogs. We put "oyster" in quotes, because this dog is clearly wearing a clam shirt. But as we've already discussed, dogs love oysters. And so even though this shirt has its bivalves wrong, we may just order one for Area Dog.