On Halloween the Culinary Institute of America stopped by for some delicious treats, and one unexpected trick. The school visits almost every year while on a culinary tour of the West Coast. They first meet up with wild salmon activist Amy Grondin and folks from Long Live the Kings to learn about salmon restoration, and then gather on our beach for raw oysters, barbecued oysters, and a delicious meal prepared by Seattle's Flying Fish restaurant. James Beard award winner Christine Keff, chef at the Flying Fish, is a pioneer in the sustainable seafood movement and cooks up a mean lunch. 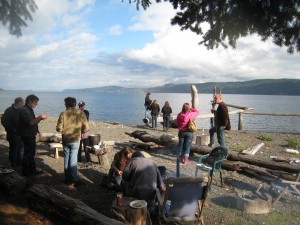 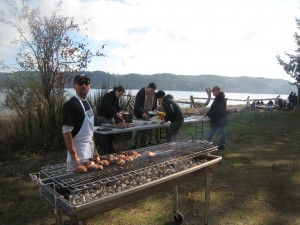 It was a beautiful day for foraging. While tromping around looking at spawning salmon, the culinary students found some chanterelle mushrooms. Keff and her crew sauteed the mushrooms and then stuck them on the barbecue. They were meaty, smokey, and really delicious. Then, after lunch, some students were walking down the beach and, very surprisingly, kicked a dead chum salmon up on shore. They brought their catch back for inspection, and our three salmon experts said that the fish was fresh and cold enough to eat. And so we did. 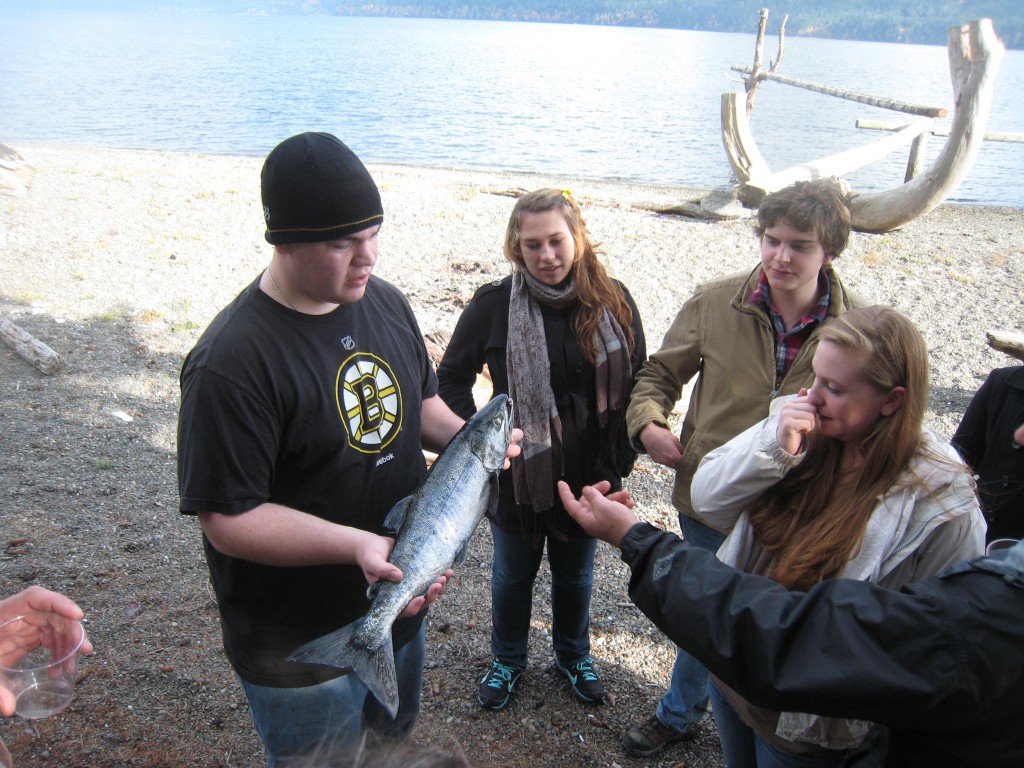 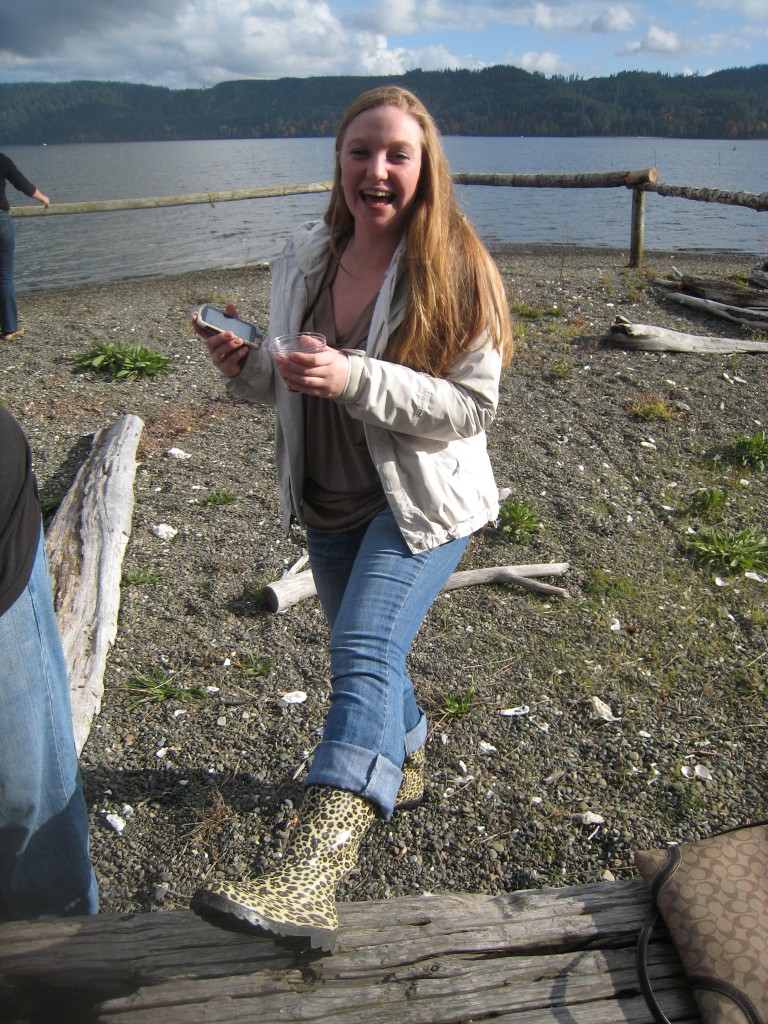 These boots might be made for walking, but they also catch salmon. One of the students cleaned the salmon pretty much with his bare hands. He laid the internal organs out for inspection. It felt very educational. 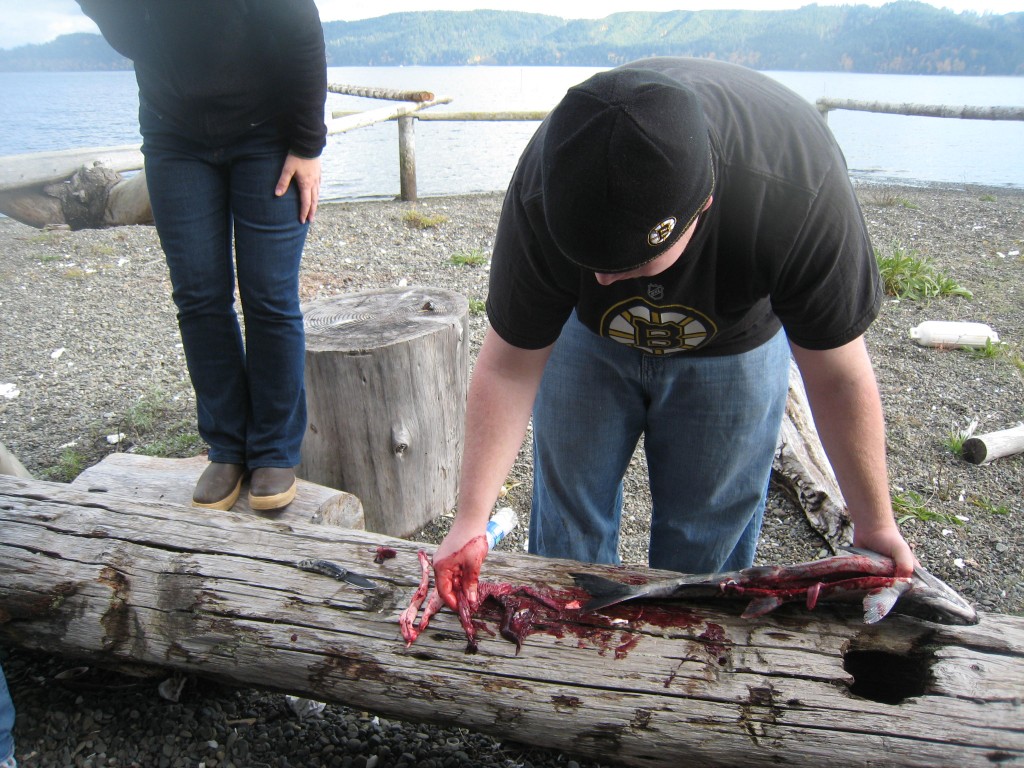 It was a male salmon, not quite ready to spawn. The sperm sacks are laid out on the left of all the other organs in the photo above. After Joy from LLTK mentioned that some people actually fry and eat the sperm sack, there was no stopping these intrepid foodies. They dunked them in white wine, spritzed them with some lemon, and stuck them on the grill. 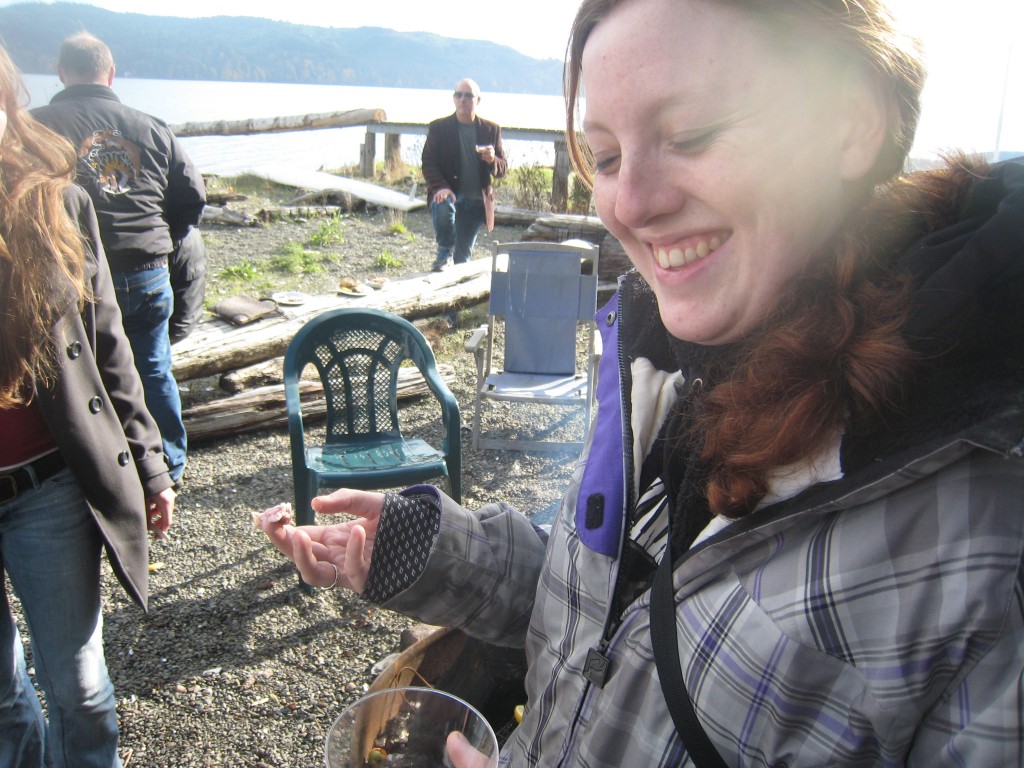 Channeling Andrew Zimmern. The sperm sack was mild tasting, buttery, and just a hint fishy. Or so we're told. 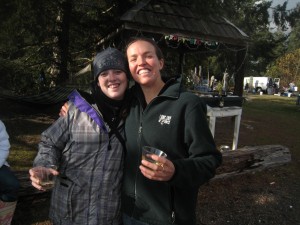 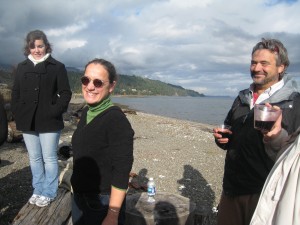 Our salmon experts: Joy, above on left on the right (!), and Amy (sunglasses) and Rick (behind her) on right. Exactly why the fish died remains a mystery. There was no sign of injury, and Rick estimated it had been dead less than an hour. Chum salmon, aka dog salmon, are not a very valuable fish. Normally, the fish are stripped of their eggs and the carcasses discarded. This fish was excellent, however. But we don't really recommend eating the sperm sack.