Here are some introductory photos. Most of these (all of the really good ones!) were taken by Paul Harper. 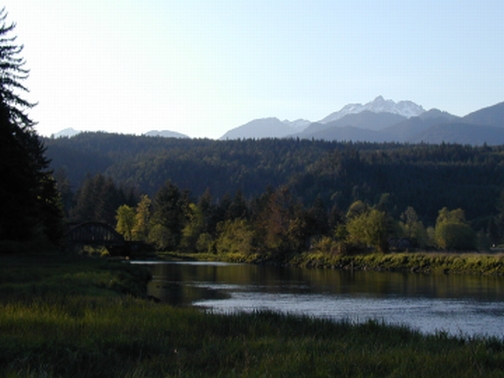 This photo was taken just north of the shucking plant, looking up the Hamma Hamma River valley towards the Olympics. Seattleites may recognize the mountain in this picture... The Brothers is one of the most prominent Olympic Peaks as seen from the Pike Place Market area. In the shadows of the lower left corner in this photo you can see the southern bridge across the Hamma Hamma river. But in case your eyesight is bad, here's a closeup of one of the bridges: 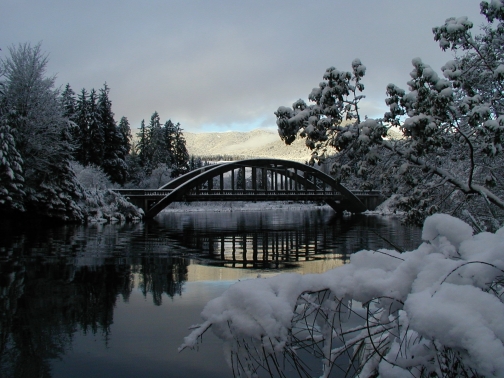 Two identical concrete bridges take Highway 101 across the north and south channels of the Hamma Hamma River. They were built in 1923 and 1924 and have since been added to Washington State's Dept. of Transportation's list of historic bridges.

(Along with practically every other bridge in the state).

We like the Hamma Hamma bridges so much we used them to create the company logo. 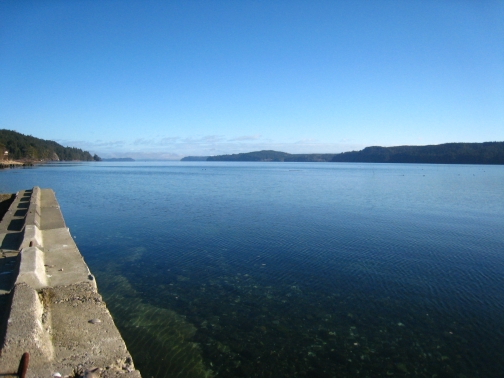 The above photo was taken from the parking lot of the oyster farm, on the shores of Hood Canal looking north. The tide is high, but you can still see oysters glimmering beneath the surface. The water in the northern stretches of Hood Canal is preternaturally clear....as long as the canal is calm, barge cap'n Adam can see oysters down through 12 to 16 feet of water. 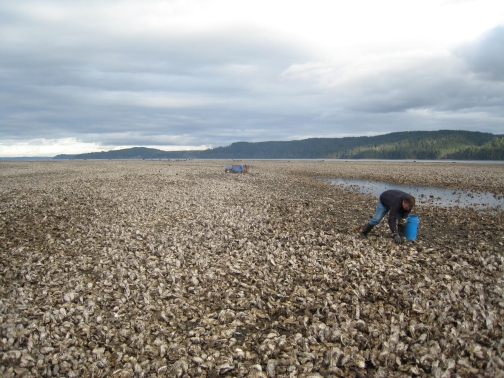 Where'd the water go?!? And yeah, we have plenty of oysters in stock. These are all oysters! Not rocks, not photoshop (which we have no idea how to use anyways). Dan, the picker pictured, is doing his best to put a dent in the population. He's counting out small oysters into increments of 10 dozen. This picture is taken about 2oo yards east, or out into the Canal, from the pretty blue water picture above. The tideflats are huge. And there are a lot of interesting creatures living on them. Stay tuned!