When the shuckers shuck enough oysters to fill a bowl,  they send the bowl through the window into the packing/grading room.
Here's Roberto at the window: 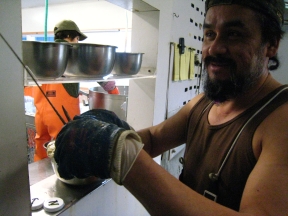 Packers Teresa and Brenda put the oysters through a bubbler and then rinse and sort the oysters according to size. Oysters that are shucked badly are set aside to be packed as cuts, which we sell for a ridiculously low price. (And no, you can't place an order for cuts... we don't do them on purpose!) 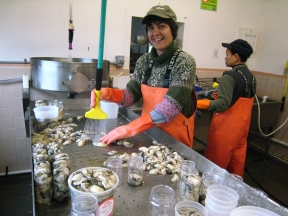 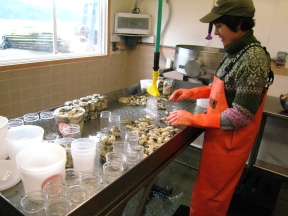 The packing table faces a big window that looks out over the Canal. In the wintertime Brenda and Teresa get to watch some epic storms, but in the summer the view is mostly of muddy tideflats. 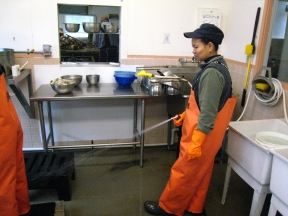