Barnacles with a sense of humor took it upon themselves to decorate someone's lost pair of pliers to look like a sea monster: 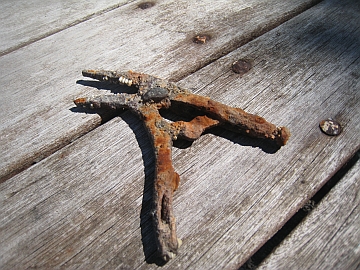 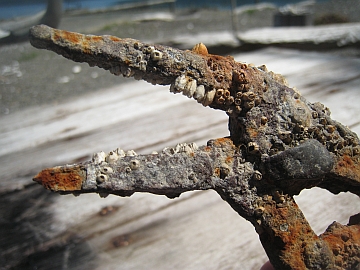 And while on a beach walk today we discovered a particularly disgusting, previously unknown (to us), and brilliantly red worm: 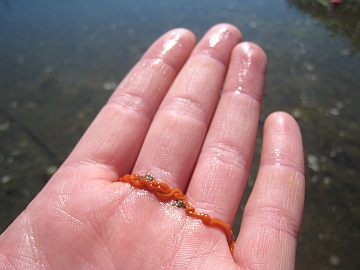 Fortunately, biologist Dan Cheney with the Pacific Shellfish Institute just so happened to be on our beach conducting a vibrio study. He saved us a huge google headache by identifying the red worm as an intertidal nemertean, aka an orange or primitive ribbon worm, aka Tubulanus polymorphus. According to Western Washington University's Field Guide to the Salish Sea, these worms can grow to 3 meters long, lay their eggs in the summer, and are found at low tide hunting for small crustaceans and annelid worms. As it turns out, there are a lot of worms in the world. See mystery worms #1, #2, and #3.