Apparently Hama Hama's made quite a splash at a food conference in Texas:

Texas food writer Robb Walsh has tried to rile up Gulf oystermen with [the success stories of west coast oystermen]."Just for fun, we did something kind of goofy," Walsh says, recalling when he presented puny Hama Hama and Hog Island oysters to a roomful of astounded Gulf oyster producers. "We said these oysters are selling for four times as much as Gulf oysters, so they must be four times better than yours."

We think this is interesting on many levels. One: our oysters actually are four times better than gulf oysters, but the blogger clearly didn't want to rile any gulf oystermen up by reporting that fact. Two: we're farmers, not fishers, and the size of the oyster we sell is no accident. Three: Texans might think everything's bigger there, but that's only because they've never met our Hama Hama Heavyweights. 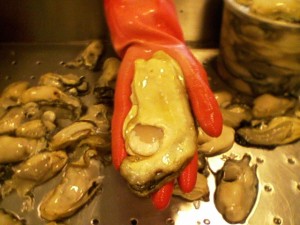 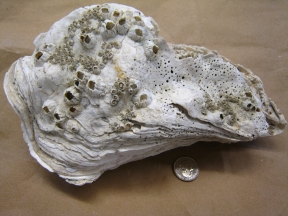 That said, we wish our Gulf colleagues good luck branding their oysters, and invite them to come by our farm whenever they're on the Hood.