It was a gorgeous sunny and clear day, not too hot, and the tide was low at 1 pm. 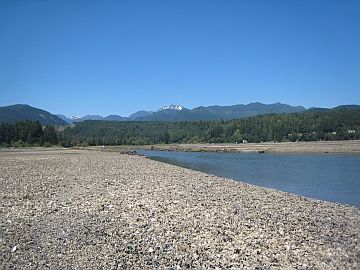 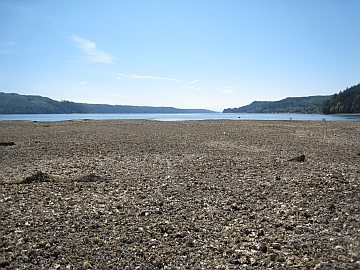 Looking south down the canal. Judith, Sarah, Raquel, and Dave spent the day breaking apart bags of last year's cultch  and piling it on the barge. Later this week we'll move the cultch to a grow-out area. (Cultch = semi-crushed oyster shell covered with naturally-recruited oyster seed). 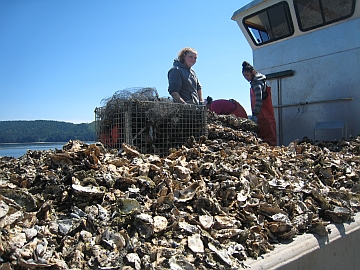 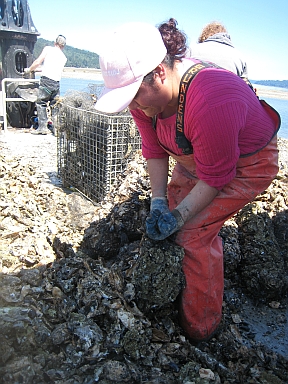 Nearby, Dan and Dave were picking single oysters. 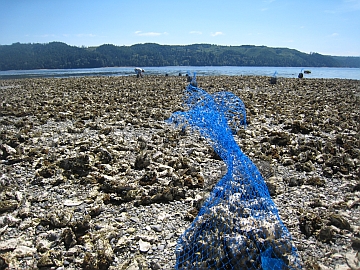 Upstream in the picnic area two boys, upon discovering that our landscaping isn't quite level, turned one of the boards into a teeter-totter: 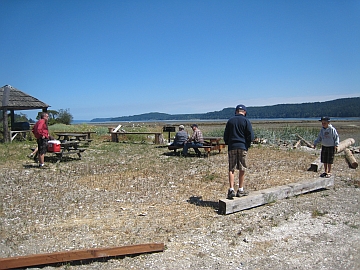 Later in the day a group from the Puget Sound Orca Network came by with Kitsap Tours and took a tour of the oyster farm. They were going to head south to Hoodsport Winery and then swing back up north to visit Finnriver Farm. And after the tide work was done the crew gathered in the new plant to wish bon voyage to Dan R., who's retiring from single picking after 17  (or 18, he couldn't remember) years on the beach. 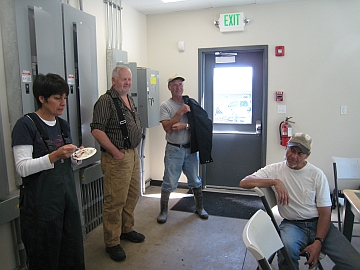 Dan has the black jacket slung over his shoulder. He's standing between Teresa, who's eating delicious cake and Olympic Mountain coconut ice cream, Jim, former HH manager, and Dave, who has picked singles alongside Dan for many a night tide.