We're hitting new milestones in our oyster husbandry abilities. This spring, we set up a Floating Upwelling System, which people in the industry call a Flupsy, as well as a downwelling system, which no one but us calls Dupsy.

The Flupsy and Dupsy are pumping systems that continually move salt water through silos filled with oyster or clam seed. They provide a safe place where we can fatten shellfish seed quickly before putting it out in the wild, where it will face all sorts of hungry predators. As long as we've been able to, we've purchased seed from hatcheries to supplement the natural set that occurs on our beach, but having the Flupsy and Dupsy allows us to handle seed at smaller and smaller sizes.

If the seed is so small it'll float off, we put it in the Dupsy, where water flows down over the oysters, through a screen, and back to the Canal. Once the oysters are big enough to hold their own weight, they're moved to the Flupsy, where water flows up through the seed and back out to the Canal. The upwelling water floats the oysters slightly, allowing them to feed more easily, and so they grow faster in the Flupsy than in the Dupsy. The Dupsy (which we've moved outside since this picture was taken): 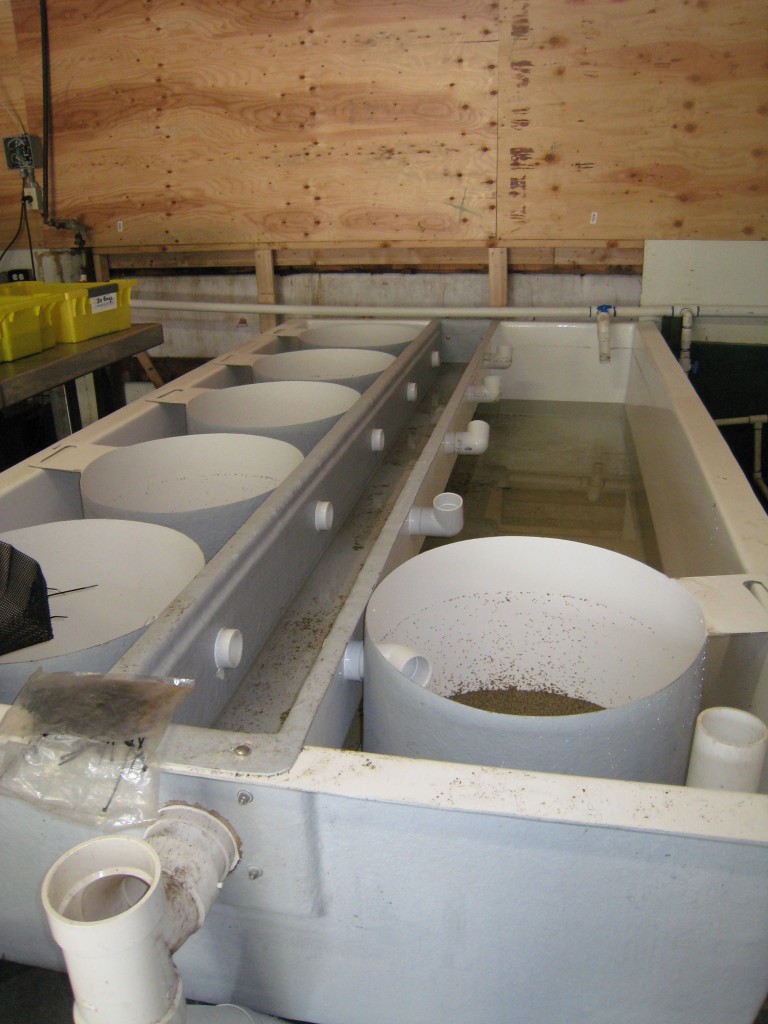 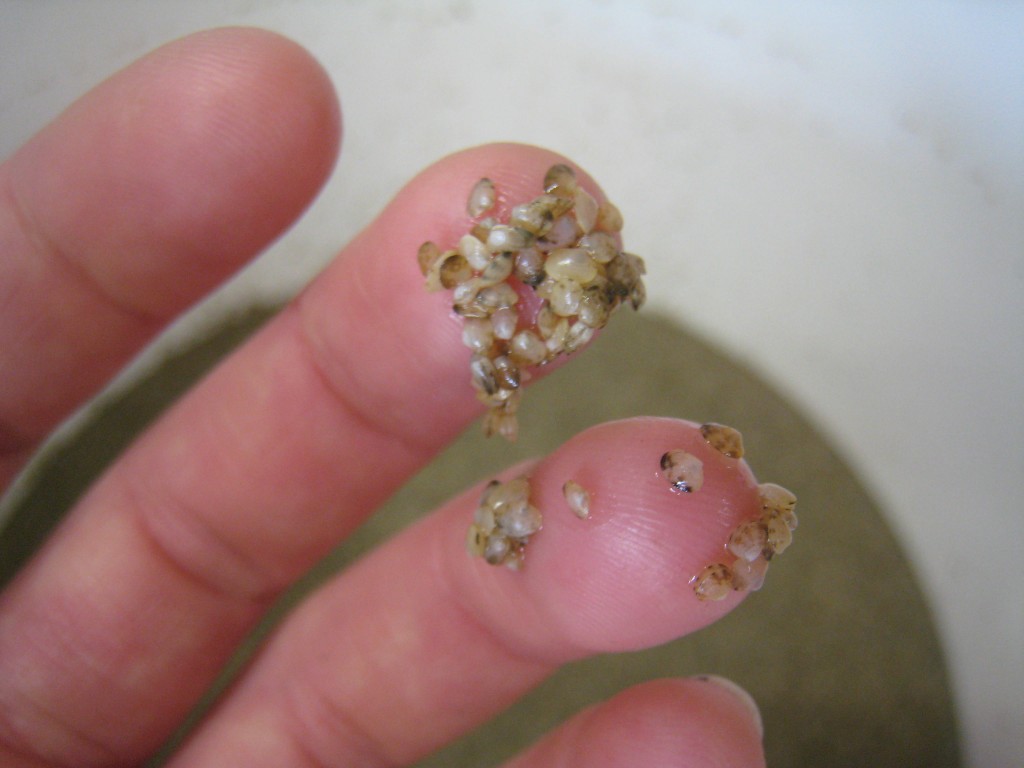 ...and the Flupsy, which is located at a local marina with a stellar view of the Olympic Mountains, only, this being Washington, it was cloudy on picture day so there was no view. 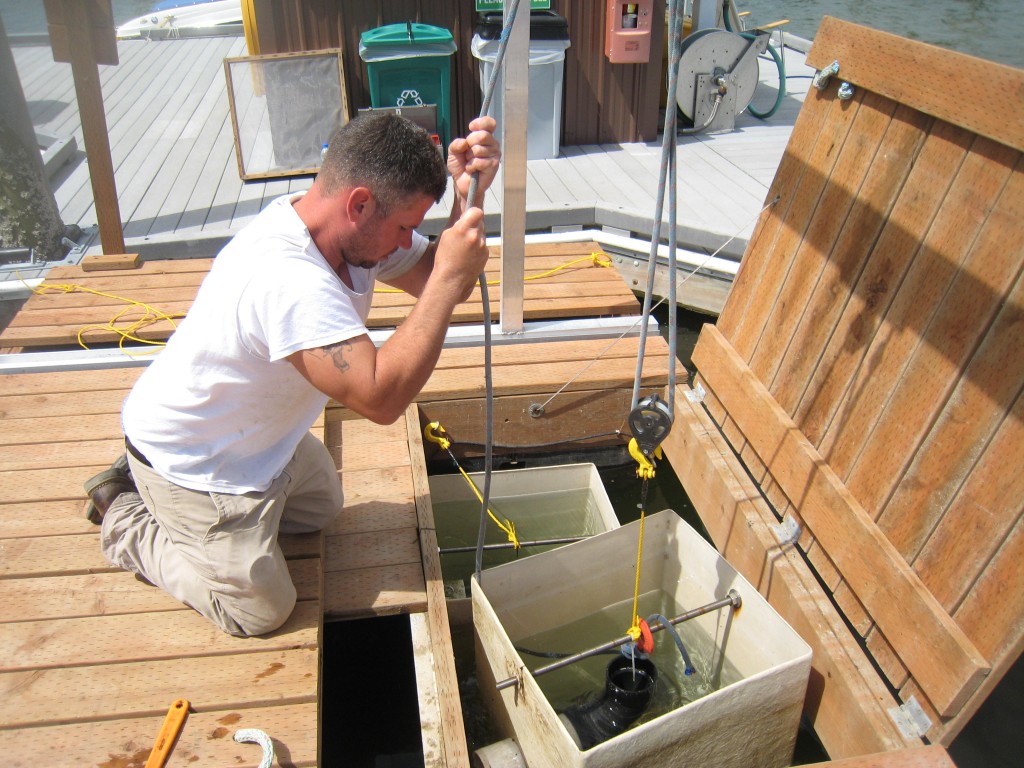 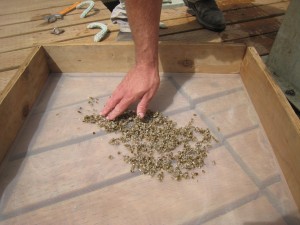 Nick, pictured above, has the unenviable job of sorting thousands and thousands of oyster seed by size, separating the runts from the grunts. He moves the grunts back to the farm where they're put out on the beach to become Hama Hamas. Grunt versus runt: 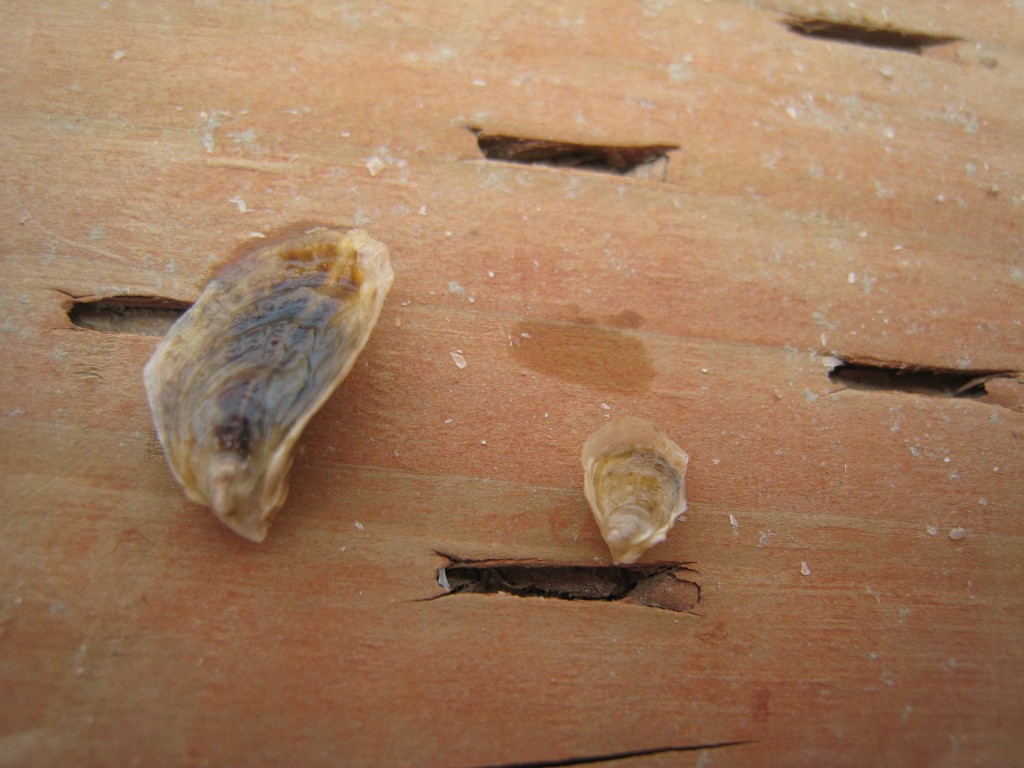 The Flupsy is a shellfish growing machine, and it's doing a great job fattening barnacles and mussels as well as oysters. On the photo day, Nick was busy scraping mussels off the intake screen, and separating barnacles (on right) from the oyster babies: 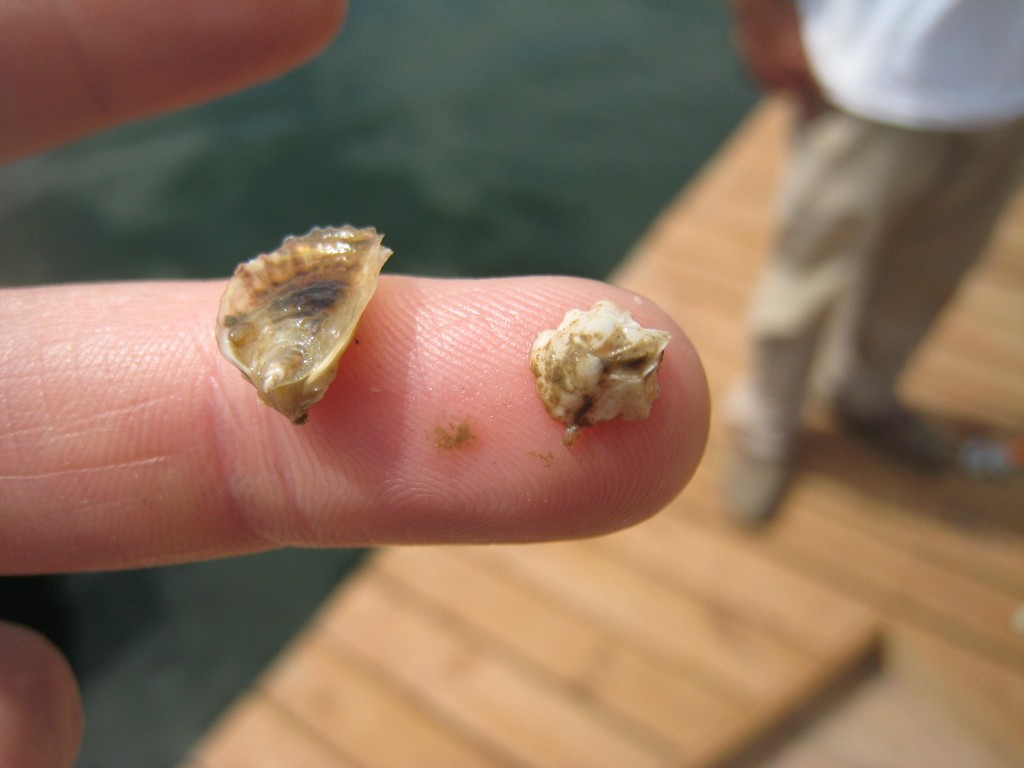