The tideflats are covered with miniature crab. They skitter around the beach, hide under oyster clusters at low tide, and go into attack mode when they sense someone overhead. But they can also be kinda cuddly: 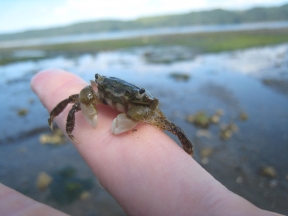 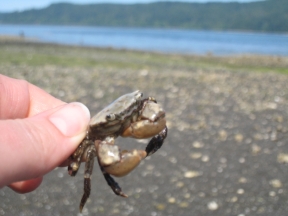 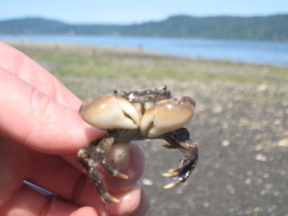 Some of the teensy crabs have huge, Popeye-on-spinach forearms. There are probably several different species of shore crabs, as they're called, but the most common, both on the beach and on the internet, are Purple Shore Crabs.